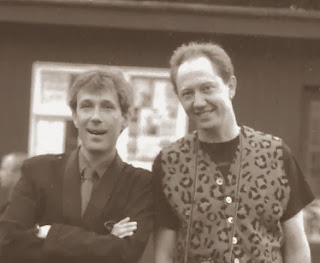 Some summaries of Stephen's life and loves from his brother Martin, who he never had a bruvver like...

He was my sweet eldest brother and an amazing individual with a particular take on politics, community, the economy and Margaret Thatcher


I'm going to put up my own memories about Stephen but would love others to regard this as a type of wardrobe that just seeks to provide a sample of hangers for his interests and ideas. Do put up your own content on other sites if you like and we can link to it from here, or add comments or send me any comments.
If like us your feeling really sad we do think that the Derek & Clive link is extremely therapeutic!

Music - he loved music, was both loyal to his old favourites and always looking for and listening to new music.. you couldn't stop him, he'd always want to tell you about who he'd heard recently and what. Thanks to Dominic - forgotten about Lindisfarne and Fog on the Tyne..'Slipping down slowly, slipping down sideways sickly sausage rolls'!

Community - this is what he said was the key thread to all of his interests.. and shows in the broad spectrum of his work.

Kites - he loved them. Describing why he loved them would probably show how I'd missed the point! Really simple - bamboo and paper, but so strong if built right. Ancient, simple...(& ask me I'll tell you my own theory!)

Wood, Woodwork, Trees - Stephen ran a specific woodwork community project, but always loved wood, great furniture, he fell in love with Cedar and it's unique properties when living in Canada

Bikes - A long term theme. I'll never forget the first time he lent me his bike, and I realised how fast you could go on a good bike and how if you got onto a great bike all of your energy just made it go forwards faster.  I always felt bikes were also a shorthand for a form of community, a form of simple community and espressed a joy of a certain sort of technology. All 3 in one. Cyclists you have nothing to lose but your chains... never quite sure how he felt about Boris' (Ken created) vision? 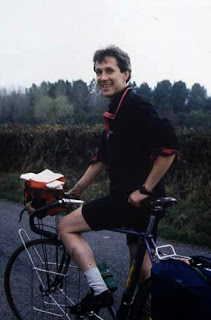 Aura - if Stephen liked something it had a particular aura to it. It became special. It could be the assistant at the local pharmacy who was so considerate, it could be a pint of beer from {Tring insert as necessary } - brewery, it could be panniers in the picture above.

Links - please see below - key links to Stephen's websites that he built.

Mobilizing Mouse - Stephen's own website - His ideas and writings


Swearing.. He did love a good swear! For several years 10+ ! he would always pick up the phone to me and say 'Hello Bastard!' - I think Alexei Sayle was originally to blame, but not just him.  He was also the first person to show me what was happening with youtube and these links were some of his favourites...for swearing that is...


.. and more from the Wake.. and then someone told me that they last saw Stephen 30 years ago, and they remembered him saying that he wanted to die young like Shelley, and how keen he was on Shelley...  and how at age 18 he had changed her life by giving her confidence..Seems like he did that all of his life.